Don Stuck truly is a one of a kind individual and a jack of all trades! He is a reverend, a pilot, an auctioneer, a professional musician since 1979, Don has shared the stage with some of the biggest bands on earth. Known radio host since 1988, Don has 17 years experience in AM drive, talk, rock, ALT and country formats and is now a full time radio host for Q95 and 97.5 Fox Sports along side his partner in crime, Gunner. Stuck sought out PAI Medical Group after growing tired of hearing Gunner always bragging, in the studio, about his PAI hair transplant and his great new hair! To add insult to injury, some of his band members threatened to take his guitar away from him if he didn’t get his rock and roll hair back in to place for the shows in the future! In the interest that Stuck keeps on rockin’ and does not lose his guitar, we have helped him out with his Multi-Unit Hair Grafting™ procedure! 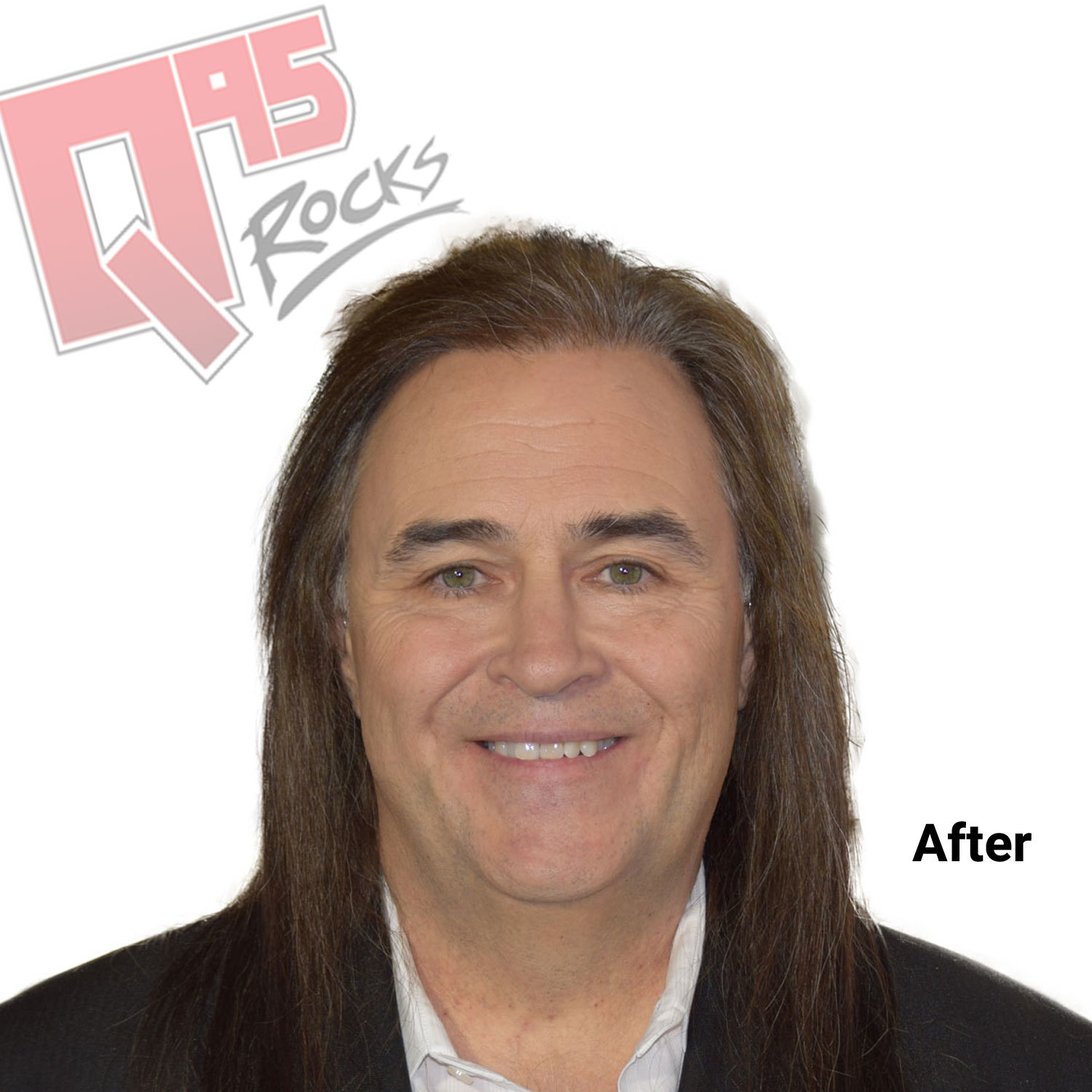 Don Stuck debuts on TV after having his Multi-Unit Hair Grafting™ hair transplant procedure. Now he can show case his awesome Rock and Roll hair and mad guitar skills to millions more!

Don Stuck has his Rock n Roll hair back again! Here you can watch his full testimonial with how Multi-Unit Hair Grafting™ hair transplant procedure affected his life. Due to Stuck’s amount of loss, the Multi-Unit Hair Grafting™ procedure was his best solution as we were able to get up to 3x the amount of hair and up to 3x the density in a single procedure. Check out his results for yourself here!

Latest check in with Don Stuck from Q95! Don is almost to his year mark and the results couldn’t be looking better. At 10 months post procedure, there are only 2 more months until the final reveal of his new rockin’ hair! 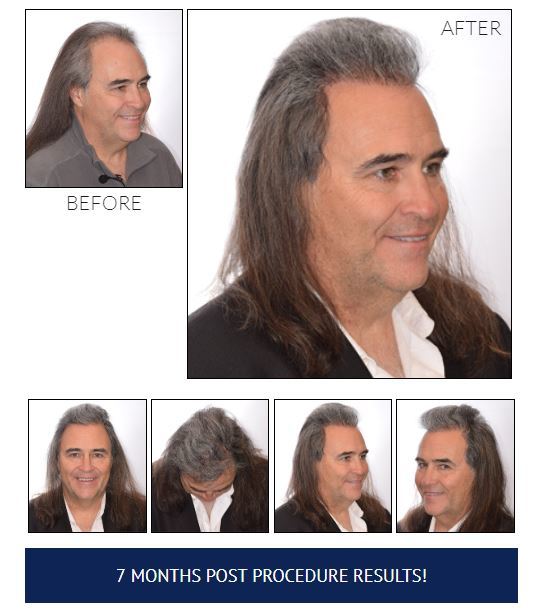 The Rocker Hair Is Almost Back! 7 Months Post Procedure

Indy radio & rock-n-roll legend, Don Stuck from Q95 FM and Fox Sports 97.5 FM, stopped by to show off his NEW rocker hair 7 months after having his Multi-Unit Hair Grafting™ procedure. The whole team here at WeGrowHairIndy are very excited to see how far he has come along and with another 5 months of growth left to go!

Hair Transplant Progression Video From Day Of Procedure To 4 Months

Curious what you would look like after your hair transplant procedure? Don Stuck from 97.5 Fox Sports and Q95 shows us exactly what his progression looked like from day of his procedure to 4 months post hair transplant.

After 4 months of anticipation, Don Stuck, radio host of 97.5FM Fox sports Flagrant Foul and Q95 is starting to see the beginning stages of getting his hair back! Stuck is only 4 months post hair transplant after having PAI Medical Group’s trademarked Multi-Unit Hair Grafting™ procedure done. At this stage, Stuck has approximately 40% of growth and many of his hairs are growing in with different color and at different lengths and diameter. This is completely normal and the hairs will continue to regain their color and thickness as the hair follicles continue to mature.

Don Stuck from Q95 Stuck and Gunner 97.5FM Fox Sports is now 10 days post hair transplant. Stuck had a Multi-Unit Hair Grafting™ procedure and is making great progress! It is very common that the existing hair becomes more thin immediately after the procedure than before. The existing hair gets transected slightly from the transplantation,which all of his existing hair he had before will grow back.

Don Stuck from Stuck and Gunner Q95 and Fox 97.5FM comes in for his 5 day post procedure. At this point it is normal to see redness on the scalp due to increased circulation to the scalp as well as the laser hair therapy treatments that Stuck is doing to help with the healing process of the transplanted grafts as well as treating his existing hair. At this point, Stuck’s progress is absolutely textbook and it is very exciting to see his progress!

Watch Don Stuck From Q95 Get a Hair Transplant

Ladies and gentlemen, Don Stuck, has had his procedure! Watch the video here and see what Don has to say leading up to his procedure and watch the entire process of his Multi-Unit Hair Grafting™ procedure from start to finish. Stuck is continuing to do laser hair therapy to assist with the healing process of his transplanted hair as well as treating his existing hair.

Don Stuck from 97.5FM Stuck and Gunner discusses about his excitement for having his Multi-Unit Hair Grafting™ hair transplant procedure on IndyStle! Clinic Director, Darren Andrews, discusses what to expect for Stuck’s procedure and discusses other hair transplant results from PAI Medical Group.

Stuck is PAI Medical Group of Indiana’s newest VIP! Curious to see what is involved before ever getting the procedure? See Clinic Director Darren Andrews discuss with Stuck as well as hearing his thoughts on having the Multi-Unit Hair Grafting procedure done! 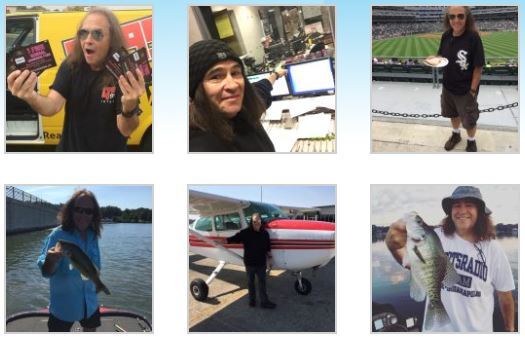 A professional musician since 1979, Don has shared the stage with some of the biggest bands on earth including, Cheap Trick, Green Day, .38 Special, Stone Temple Pilots, Buck Cherry, Blue Oyster Cult, Grand Funk, and Marshall Tucker – just to name a few. As a radio host since 1988, Don has 17 years experience in AM drive, and with talk, rock, ALT and country formats. In 2006, Don was nominated for Morning Show of the Year by Radio Records and was a full time member of the Q95 air staff in 1995, 1996 and 1997 when WFBQ was awarded Marconis for Rock Station of the Year. From 1992 until 2007, Don spent time in local late night television as a horror movie host and VJ.
A licensed pilot, Don Stuck was the “Eye in the Sky” for many years as an airborne traffic reporter, handling reports in morning and afternoon drive for as many as five radio stations at once.

Meet with one of our trained, friendly hair transplant professionals to discover your hair loss treatment options. You’ll have the opportunity to meet an actual PAI Medical Indiana patient and ask questions, visit our Indianapolis facility and receive a comprehensive hair and scalp analysis. You and the PAI Medical Indiana staff will privately discuss your hair loss and ongoing concerns, as well as undergo a thorough examination to evaluate your overall candidacy for hair restoration.